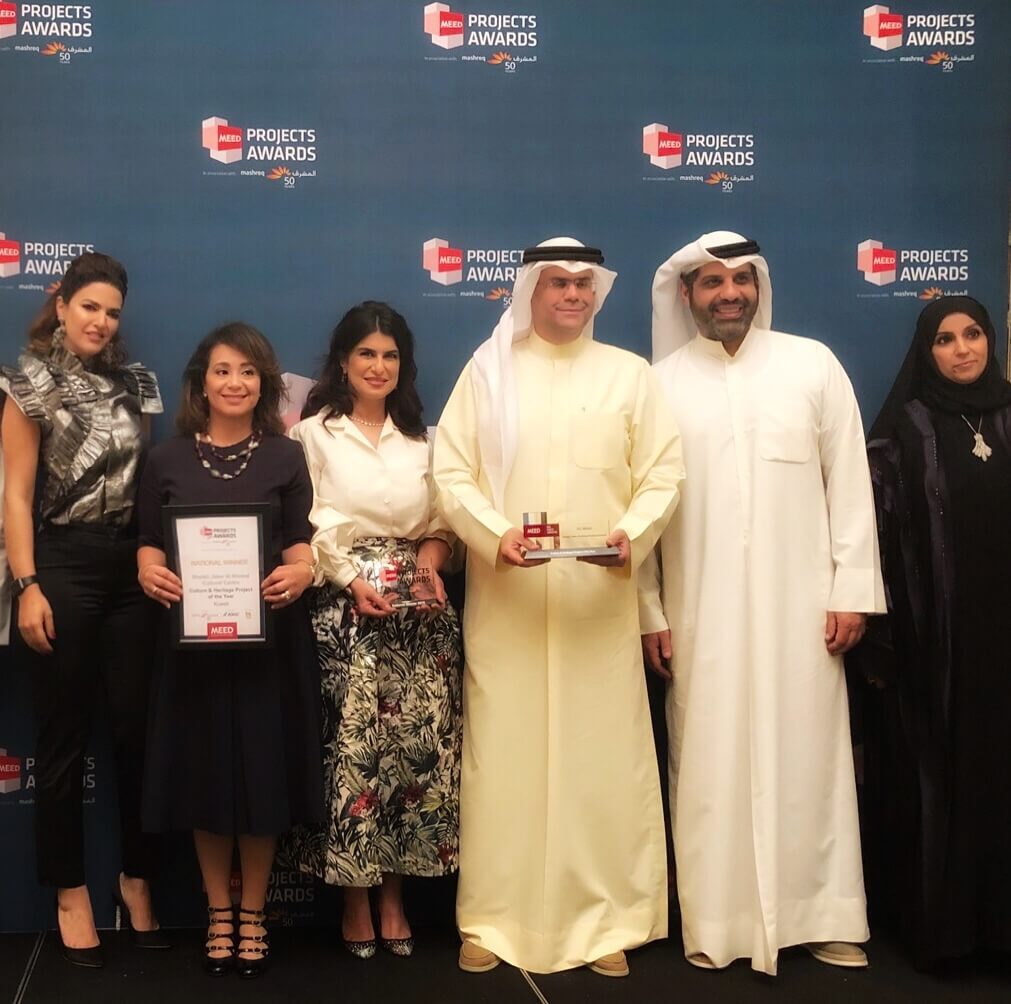 
Kuwait’s Sheikh Jaber Al Ahmad Cultural Centre (JACC) has won Cultural & Heritage Project of the Year at the 2018 MEED Projects Awards in association with Mashreq held on 2 May at the Westin Mina Seyahi Dubai, UAE.

The titanium-clad cultural centre won against worthy and world-class competition, such as the sprawling Sultan Qaboos Youth Complex for Culture & Recreation, in Oman, and the famous Dubai Opera complex in the UAE, among others.

The MEED Projects Awards not only recognise the construction element of project delivery, but also consider the value and quality of a project throughout its entire life cycle.

MEED announced JACC as Cultural & Heritage Project National Winner for Kuwait in March, which meant its entry advanced to the finals for the chance to become GCC winner in its category at the gala ceremony last night.

SSH was appointed by design and build contractor, Al Hani Construction & Trading Company, as lead architecture and engineering designer on the four-building complex.

The complex’s main buildings are the Theatre Centre, Music Centre, Conference Centre and National Library for Historical Documents, all set within a new national park. Designed to resemble a set of jewels, JACC is the centrepiece attraction of the country’s cultural quarter.

A combined team of Kuwait’s Amiri Diwan, client of the centre, and SSH collected the award on stage at the gala ceremony.

“The Amiri Diwan and SSH are both extremely proud that the Sheikh Jaber Al Ahmad Cultural Centre has been awarded this prestigious honour by MEED,” said Sadoon Al Essa, Executive Partner of SSH, who attended the event. “The Amiri Diwan’s mission has been to elevate culture and heritage within Kuwait and the wider MENA region, and I believe this has been successfully achieved. This latest award further validates the vision of the Amiri Diwan, JACC’s place as regional and international cultural destination, and SSH’s architectural and engineering pedigree. We are all very happy.”