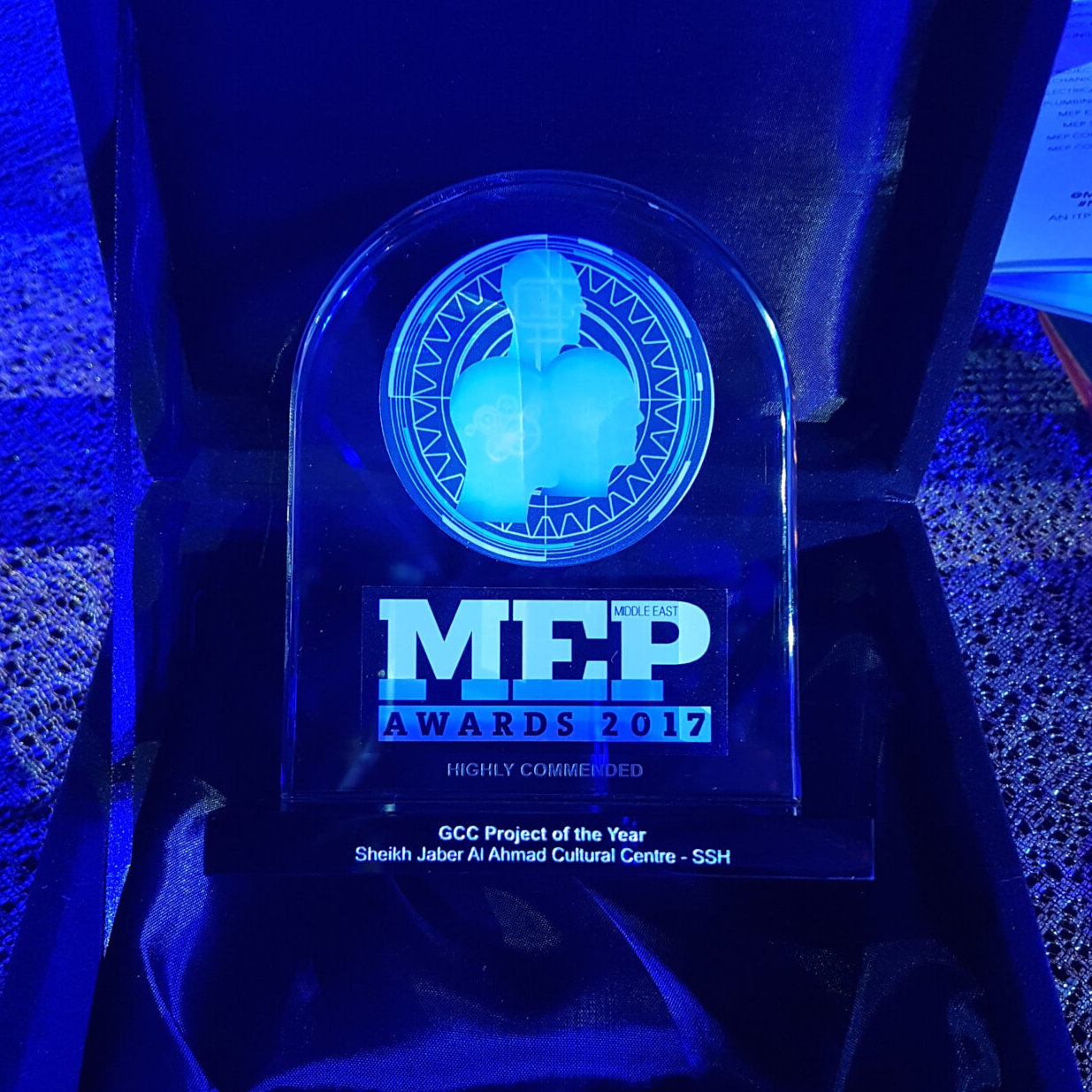 The annual MEP Middle East Awards celebrates the best in mechanical, electrical and plumbing (MEP) design and installation excellence across the region.

This latest award for JACC, spotlighting the state-of-the-art installations that underpin the iconic project, adds to the growing list of trophies the innovative cultural complex has won in 2017.

JACC has just celebrated its first anniversary since opening in 2016 and has played host to various world-class events and performances during that time. The complex forms the centrepiece of a new cultural district for Kuwait City.

The awards ceremony was held at the Rixos Premium Dubai.