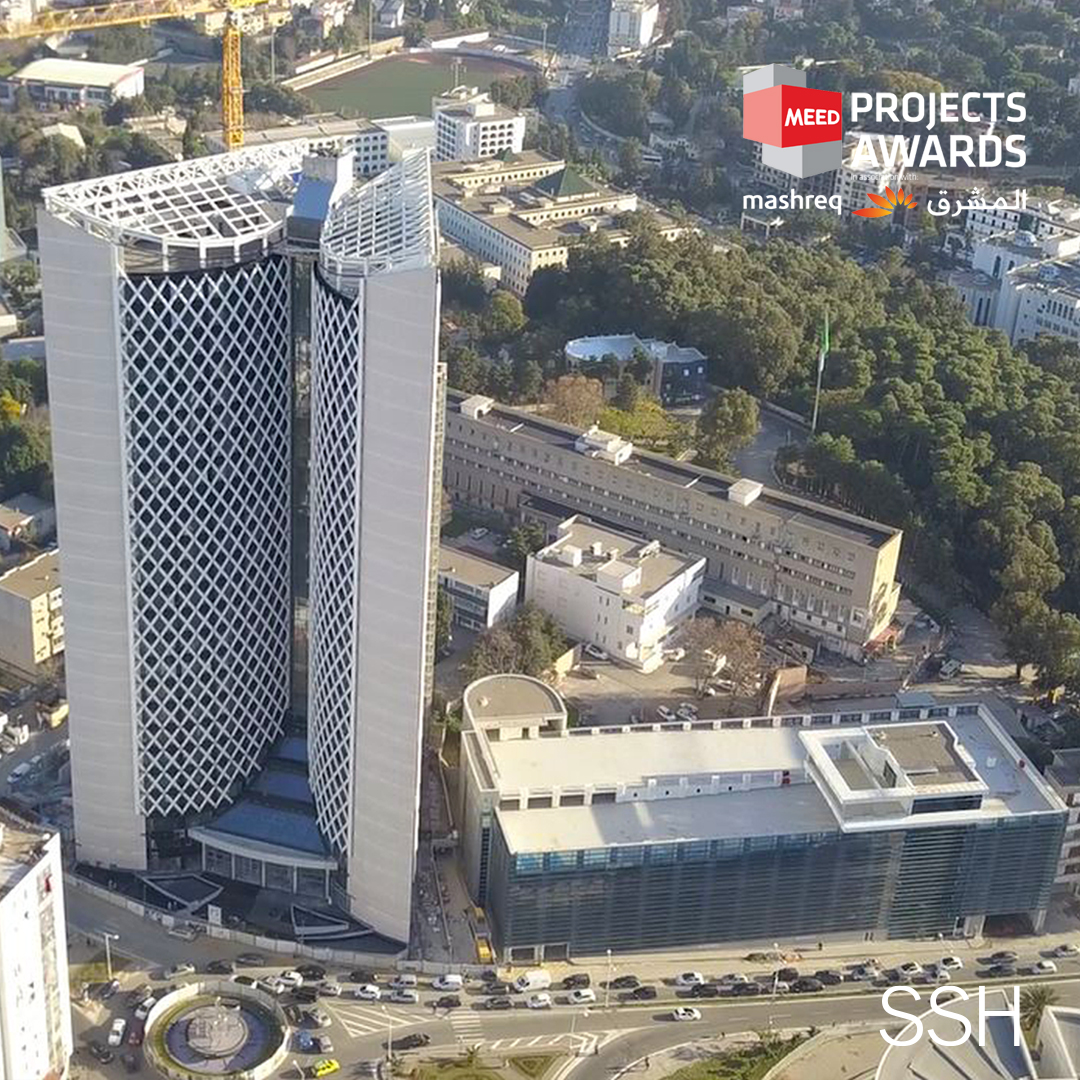 
Congratulations to Omantel Headquarters, National Bank of Kuwait Headquarters, and Algeria Gulf Bank Headquarters for being voted National Winners of the 2021 MEED Project Awards in their regions.

These projects will now be reviewed against their category rivals across the various regions, and the overall winners of the 2021 MEED Projects Awards, in association with Mashreq, will be announced on 16th December.

The new Omantel Headquarters was completed in January of this year and now stands seven storeys tall, covering a total floor area of over 95,000 sqm. As the main consultant, SSH provided structural and MEP design services and construction supervision on this new landmark.

Standing a colossal 300 m tall and covering a total floor area of 127,000 sqm, the new National Bank of Kuwait Headquarters boasts a distinctive presence among other high-rise buildings in Sharq, adding significantly to the city’s skyline. SSH acted as Lead Consultant for construction supervision on this project. 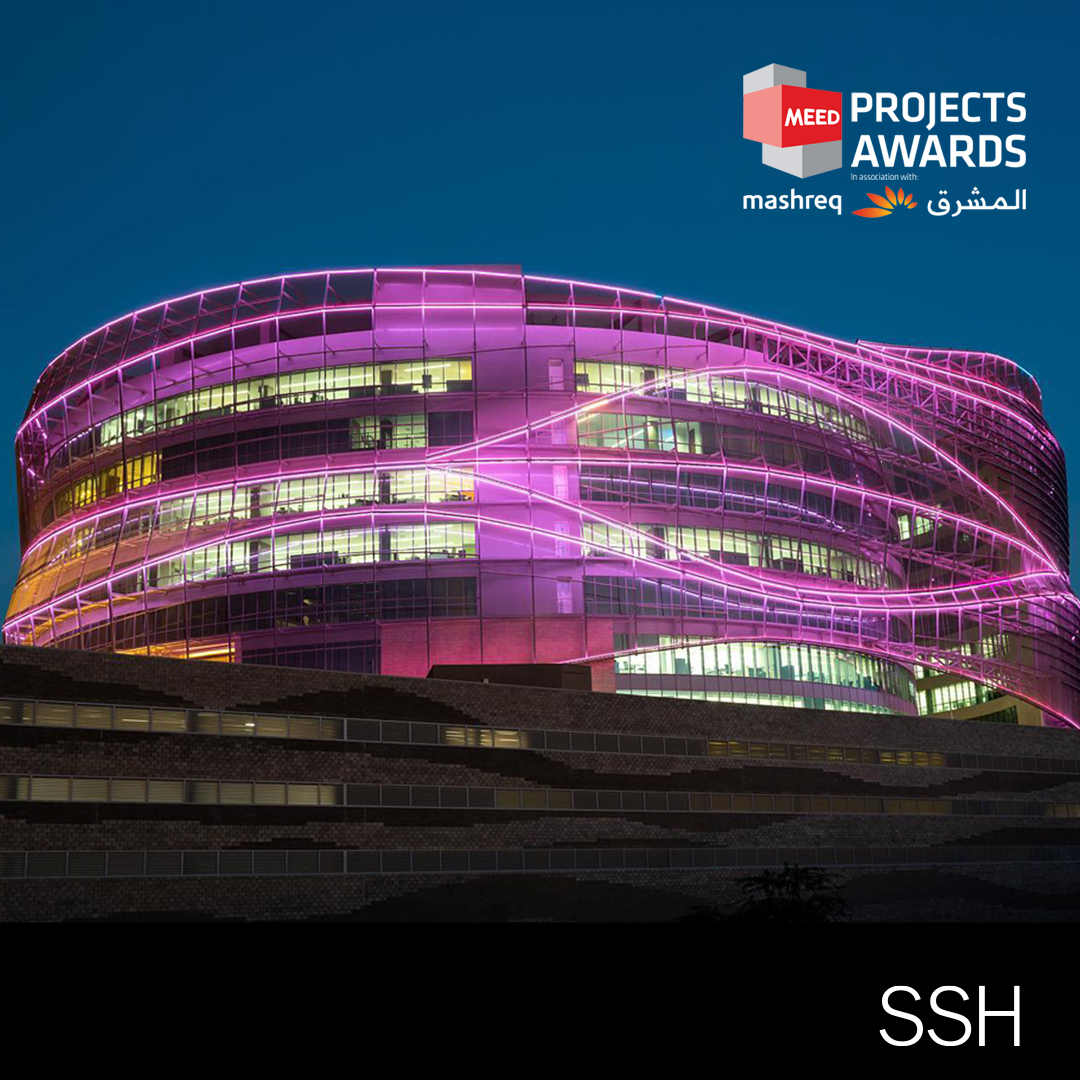 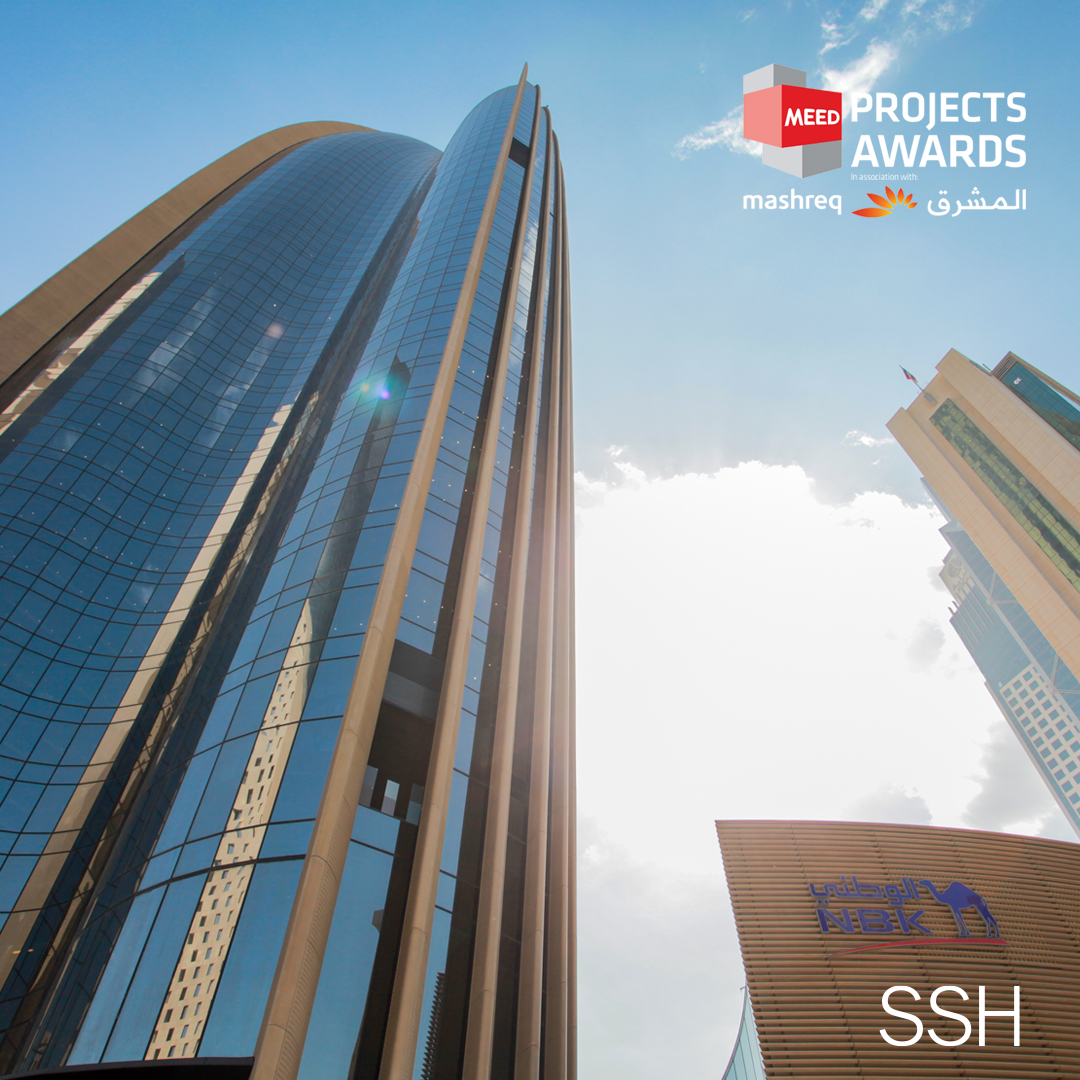