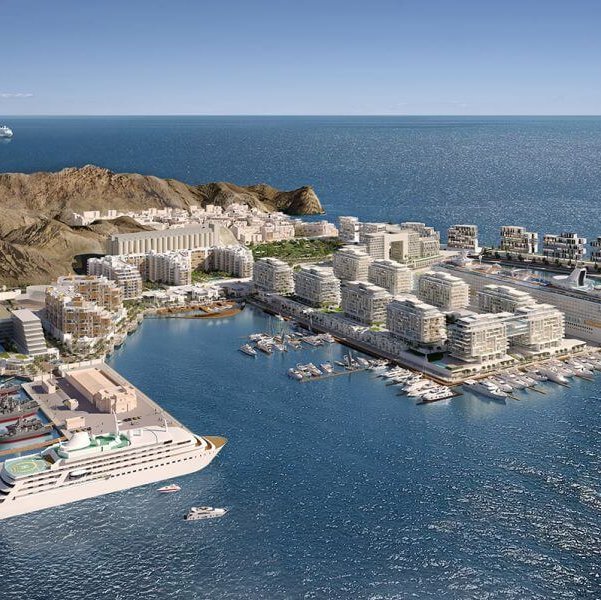 
DAMAC International and SSH are bringing new life into Oman’s existing Sultan Qaboos sea terminal, regenerating it into one of the largest coastal tourist and lifestyle havens in the MENA region.

SSH was subsequently awarded the scope of detailing the master plan and completing the infrastructure of the new waterfront destination. In addition, SSH is carrying out design consultancy services for the buildings and components of Zone 1 – Bab Al Mina. The Bab Al Mina zone covers a built-up area of approximately 150,000 sqm and includes a four-star hotel, residential blocks comprising 430 units and several retail and entertainment offerings.

“SSH is very happy to be working collaboratively with respected companies such as Omran and DAMAC on a project of this calibre,” said Omar Nuri, General Manager – Oman, at SSH. “We look forward to delivering an outstanding development that will have a positive social as well as economic impact on Oman. The ultimate vision is that the regeneration of the Mina Sultan Qaboos Waterfront area will contribute to the sultanate becoming a leading tourism destination in the MENA region.”

Mina Sultan Qaboos Waterfront is based in the 200-year-old historical centre of commerce in Muscat, which is one of the most visited tourist destinations in Oman.